"When we visited larger and more mature economies, it’s these kinds of engines that have become staples.” 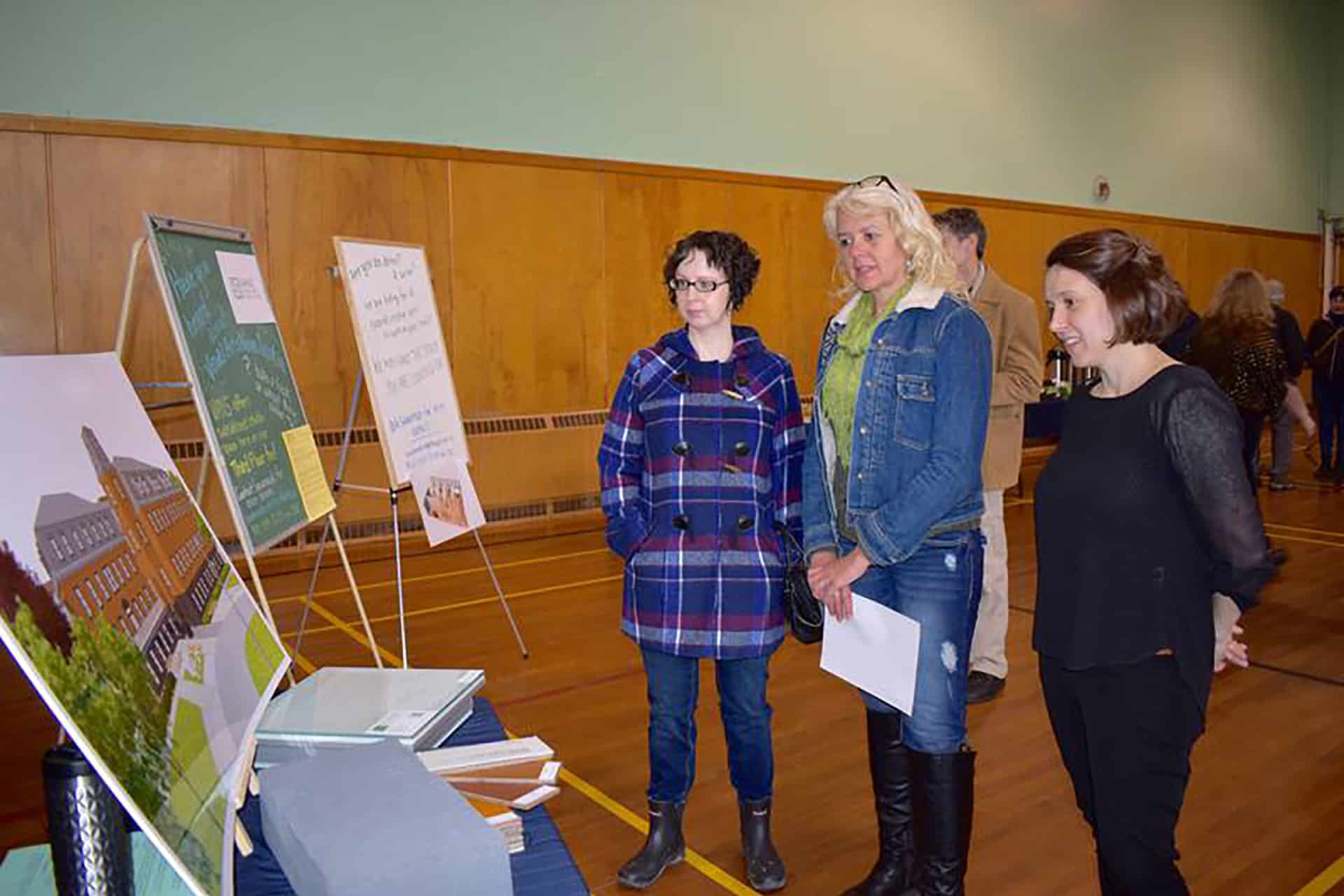 The Sydney native taught at the school for three years at the start of her teaching career, something the art teacher will never forget.

“We formed a real family here,” said Boutilier, standing in what used to be the school’s gym. “Coming back into the building, I remember teaching classes here in the gym, so it’s always nice to come back, but at the same time it’s sad at times.”

Boutilier attended an open house on Saturday for the new Cape Breton Centre for Arts, Culture and Innovation, a project led by New Dawn Enterprises, at the former Holy Angels Convent in Sydney’s historic north end.

The convent was purchased for an undisclosed amount by New Dawn Enterprises in 2013, two years after the school closed its doors.

After the purchase, New Dawn decided to renovate the building and transform it into a new arts, culture and innovation centre.

“There was a lot of energy behind the idea and it seems like it was a community need and one that we could help meet,” said Erika Shea, vice-president of development for New Dawn.

“This project really represents the economy of the future in the Cape Breton Regional Municipality. When we visited more larger and more mature economies, it’s these kinds of engines that have become staples.”

The open house featured displays as well as a video detailing work that has already been done to the building.

Renovations began on the George Street building on Sept. 12, 2017, and began with an abatement, which much of the focus has been on for the past four months.

According to Shea, asbestos was found in the drywall, the plaster as well as in the flooring. The whole building has been abated and has passed clean air tests.

“We’ve started doing structural repairs to the inside and reinforced some important junctures in the building,” said Shea. “We removed some of the exterior cladding and have just begun removing roofing tiles.”

There haven’t been any issues with the renovations to date, however there were some surprises.

“There were a lot of old shoes that were found in the wall, and there were also photographs and greeting cards found,” said Shea. “A student register from 1906, which was really interesting, was also found along with some bottles of rum, pop bottles and cigarette packages.”

“It came as a surprise because when the sisters had left the building they were really diligent about packing up all of their belongings and meaningful items, so we didn’t expect to find any of those artifacts.”

In October, the $12-million project received $5 million in federal funding for the centre. At the time, the project already had a provincial investment of $3.2 million, while New Dawn Enterprises contributed $1 million.

However, in turning down the application for capital funding, councillors did vote to allow the project some tentative tax concessions, also leaving the door open for a possible municipal contribution to the initiative.

“It was a surprise, it was disappointing because this is a really special project for the north end of Sydney and the community,” said Shea of the CBRM’s decision. “It would have been really nice to have all three levels of government involved.”

“It’s not just a building, it was a space for developing young girls into strong motivated women and I think New Dawn has the same kind of feminist inspiration and I like that,” said MacDonald.

“It (the project) makes me a little sad, but at the same time it gives me hope for the future and hope that there will be jobs and spaces.”

The new centre will include the addition of up to 25 artist studios and a multi-use gallery space. Meals on Wheels and A Better Bite Community Kitchen will also be housed in the location, along with a small café and lounge for tenants of the building.

Shea said the building will also have a “couple of organizational tenants,” however wouldn’t confirm who those organizations are.

Along with the money the project already has, Shea said a fundraising campaign will be launched in the coming months with a goal of raising the remaining $2.5 million for the renovations.

The project is expected to be completed in summer 2019 with doors opening at that time.

As for Boutilier, she’s looking forward to making new memories when the renovations are finished, and the new centre opens in just over a year.

“We lost an amazing school, one of which played a crucial role in our society, but it’s wonderful to see that this building is not gone to waste — I’m looking forward to seeing it when it’s done.”