"It’s a key piece of infrastructure. This facility, when it’s done, will house artists who are working on their craft while generating revenue." 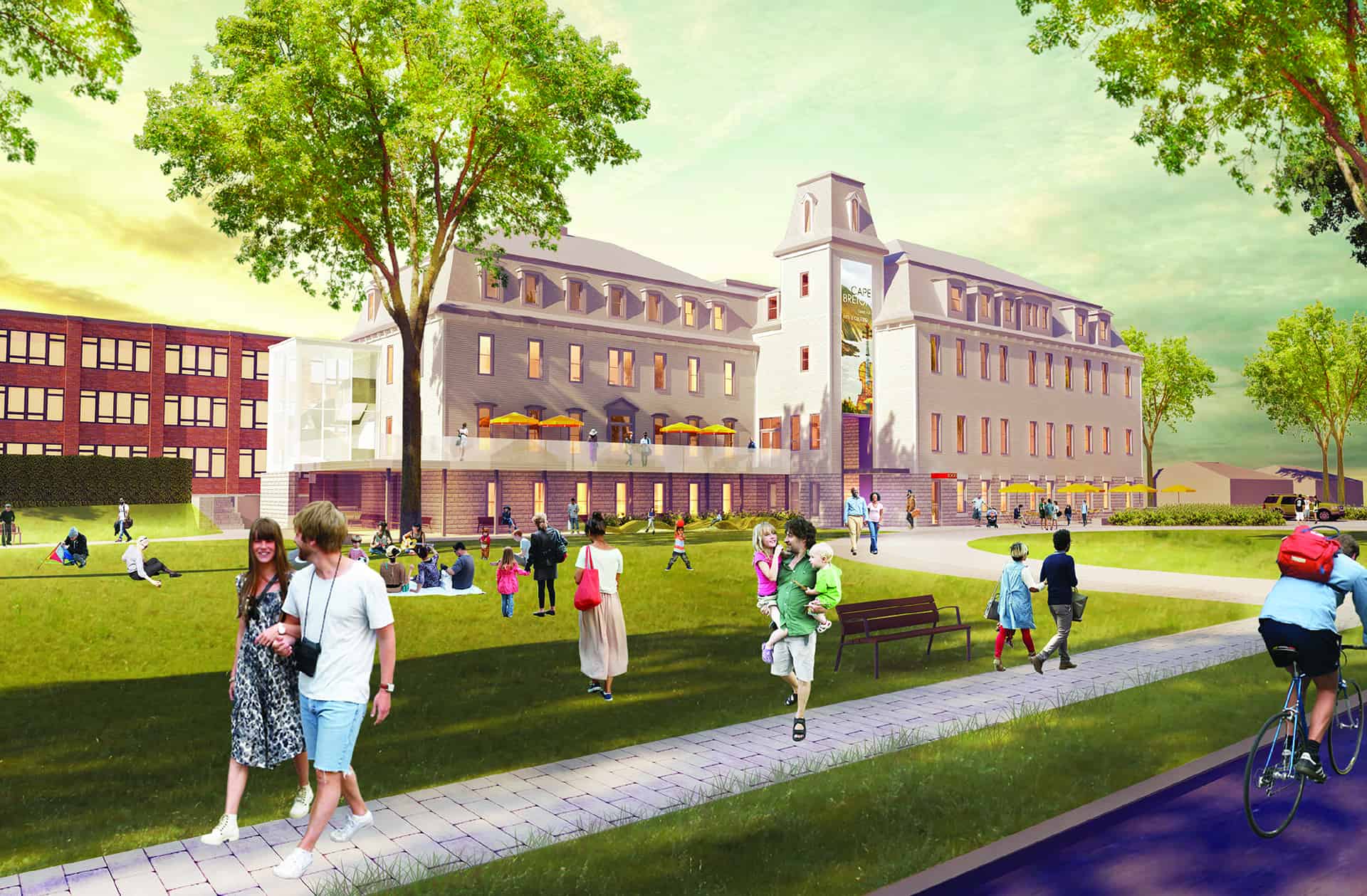 New Dawn Enterprises Limited is going forward with plans to develop its new Centre for Arts, Culture and Innovation despite having hoped-for funding from the Cape Breton Regional Municipality deferred.

In early November, New Dawn Enterprises Limited, a non-profit community development corporation that has been operating for 41 years, asked the Cape Breton Regional Municipality for a capital financing contribution, to go along with previously secured federal ($5 million) and provincial ($3.2 million) funding for the Centre, that will cost an estimated $12 million.

New Dawn has also thrown in $2.5 million for the development of the new centre that will be located at the site of former Holy Angels High School.

“One of the issues with the project — the federal money — we needed to get that spent, or at least a good portion of it committed by March 31. There’s a sense of urgency from the board’s perspective and the organization to make sure all of our funding partners are on the same side and with us,” said Lilley, who added that although the CBRM has deferred on funding, the organization is optimistic and had a meeting on Friday morning to discuss the project.

“We had a long meeting this morning and lots of discussion about the project, but at the end of the conversation we came down to two things. We requested financing for $1.5 million and the other was to request a tax concession on property taxes and the municipality agreed to the tax concession, and we sense there’s confidence in the council chamber that they are there with us, so we’re very hopeful,” said Lilley.

Although there are parts of the project up in the air currently, Lilley said they have faith in the project that will house roughly 150 artists and innovators, honing their talents and craft, because it will drive economic development in Cape Breton.

“It’s a key piece of infrastructure in terms of development in the downtown (Sydney) core. This facility, when it’s done, will house artists who are working on their craft, while generating revenue. It’s a very critical building and there’s no better place to do it in a facility that has the history that the former Holy Angels High School has.”