Major renovation project in Sydney, Nova Scotia, has turned up some unusual articles. 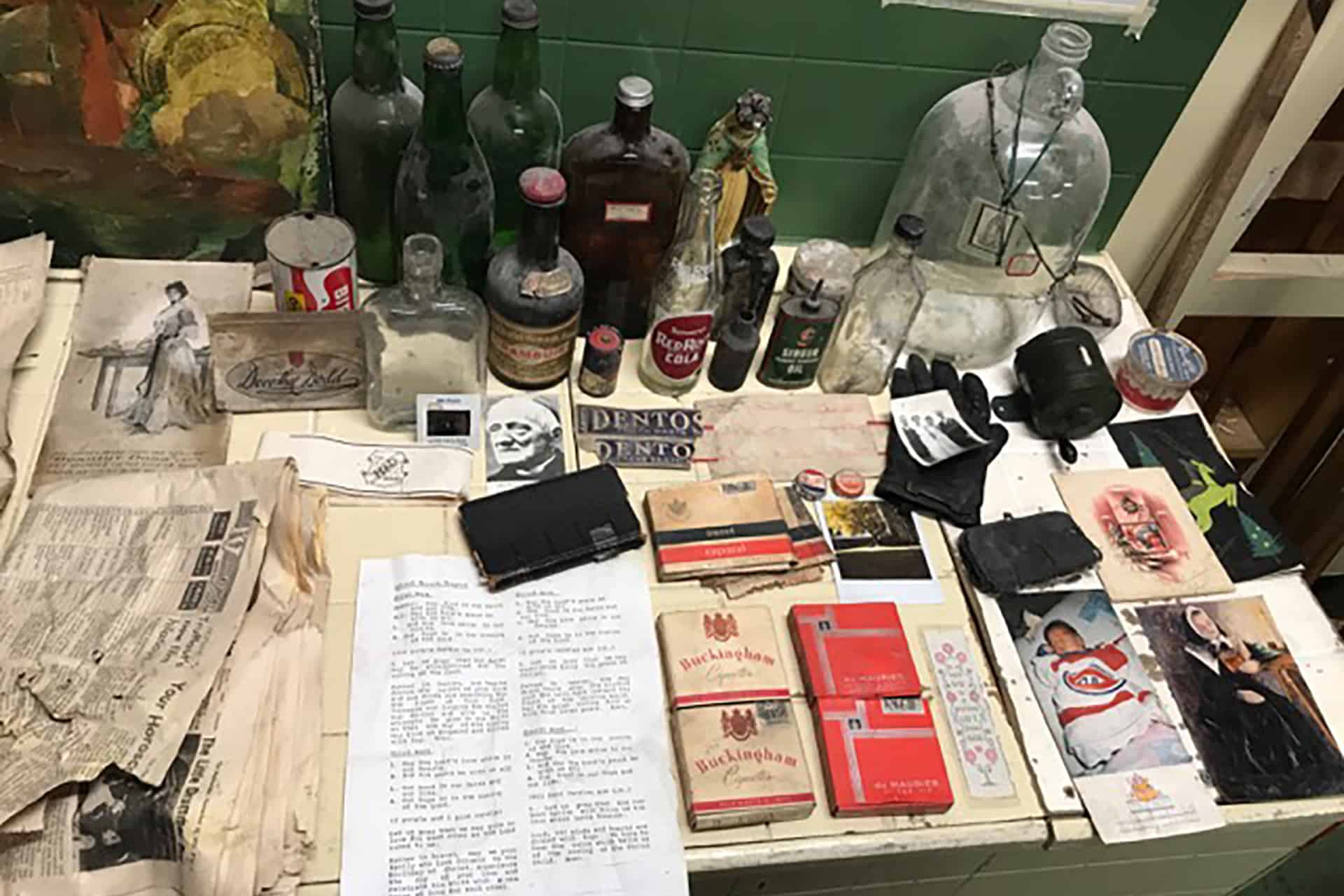 A major renovation project at the New Dawn Centre for Social Innovation in Sydney, N.S., has turned up some unusual articles.

The former Holy Angels Convent is undergoing a $12-million modernization that includes removing walls, ceilings and flooring. A 15-member crew has been working six days a week since September gutting the north wing.

“As they peeled these things away, they found lots of shoes — lots and lots of shoes, old shoes,” said Erika Shea, the centre’s communications director.

“We are finding everything under the sun,” said Shea.

The concealment of footwear is a ritual that goes back centuries, according to the Society for Historical Archaeology in the United States. Shoes were concealed by builders to protect the home from witches and evil spirits, by shoemakers to ensure prosperity and by grieving people to preserve loved ones’ spirits.

Ian Brodie, associate professor of folklore at Cape Breton University, said shoes conform to the shape of individuals, “so it leaves a very real, intangible imprint of the person, in addition to the metaphorical imprint of an object that has close contact with someone.”

Brodie is also intrigued by the cigarette packages found in the walls of the nun’s dormitory rooms.

“There is something quite charming about the 1950s or 1930s nun just lighting one up after a long day,” said Brodie.

Liquor bottles were found, but Shea would not speculate on who may have owned them. Pay stubs were also discovered, which may have belonged to workers.

“There were six layers of drywall, four layers of flooring,” said Shea. “Everything seemed to just get added right on top of the layer beneath it.”

Workers have removed asbestos and lead paint and, in some cases, removed plaster down to the brick walls. The modernization will include new ventilation and electrical systems, an elevator, new windows and doors.

The former convent will house the Cape Breton Eltuek Arts Centre, Culture and Innovation. The project should be complete by the summer of 2019.