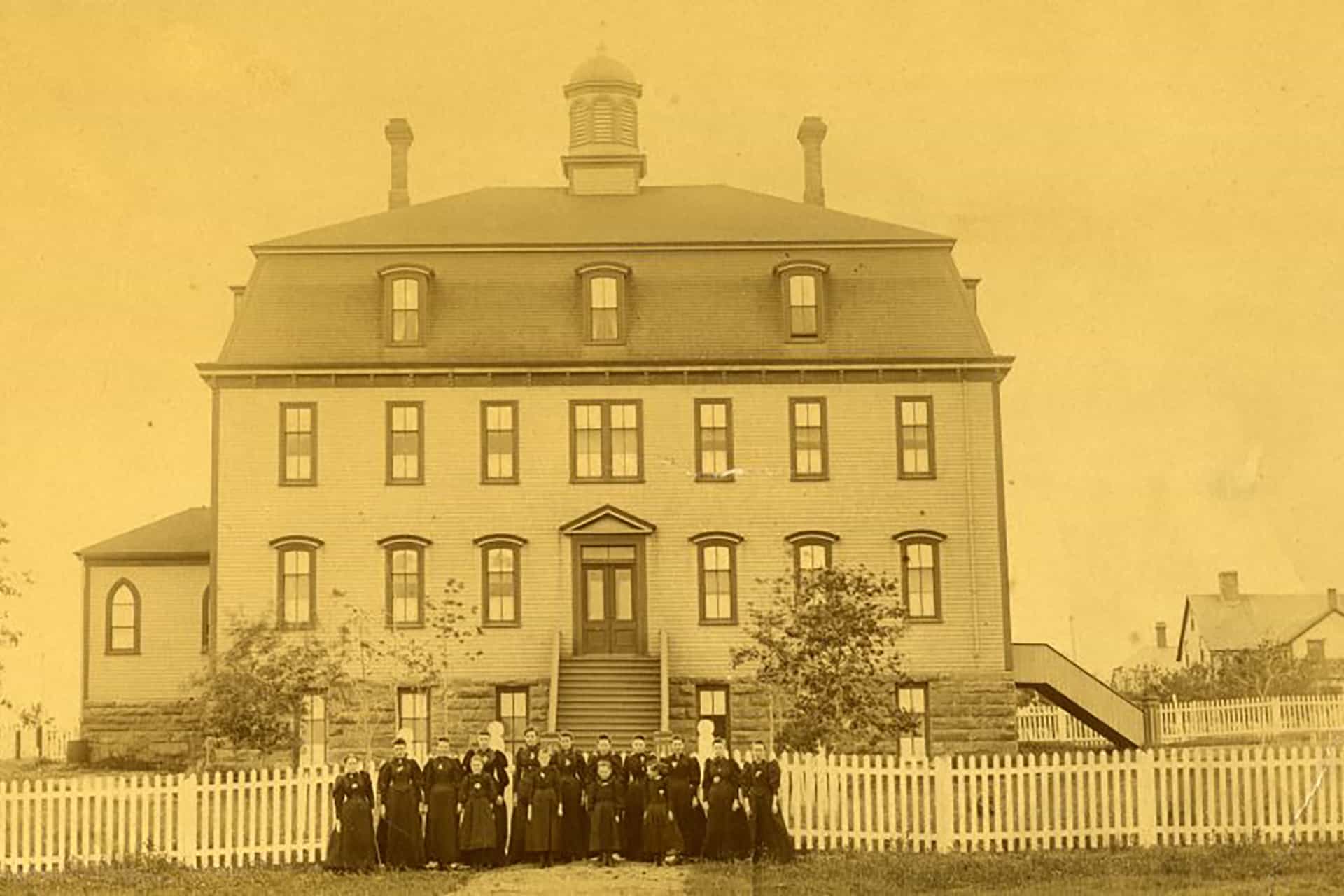 The province will contribute $3.2 million to redeveloping the former Holy Angels convent into what’s being billed as an arts, culture and innovation centre.

Premier Stephen McNeil announced a grant of $3.2 million for the Cape Breton Centre for Arts, Culture and Innovation project. New Dawn Enterprises, which owns the building and is leading the project, will contribute a further $1 million.

“I think it just creates a space in the community that is much needed that hasn’t really been focused on in the last number of years and it creates an opportunity for people to network, to talk about creative ideas, to be innovative and just socialize and get […] reacquainted with the culture of the community,” said Mary Beth Doucette, a New Dawn board member, in an interview.

The 40,000-square-foot $12-million centre is intended to provide affordable space for artists, social enterprises and not-for-profit organizations. The project will see the four floors of the building renovated to be the future home of Cape Breton musicians, dancers and dance studios, visual artist studios, theatre groups, artists-in-residence, an innovation hub and technology startups.

As for whether New Dawn intends to seek additional funding for the project from other levels of government, Doucette said it would likely “accept any additional funding from any other sources that want to participate and be involved” but will do what it can with whatever funding envelope is available.

Doucette said work on the project will begin immediately, in a phased transition plan, with people currently using the former school space eventually moving into the renovated convent.

McNeil said New Dawn is “uniting ideas and people,” and much of the culture of Nova Scotia that is exported around the world comes from Cape Breton.

“We’re very proud of the Celtic music, the artisans, the activity that takes place,” he said. “With the Holy Angels convent we have a tremendous opportunity […] to build an innovation hub, to build a cultural hub that will only build on a solid foundation of cultural innovation that’s already here in our province.”

McNeil said what has been missing in many areas was an incubation centre where artists, artisans and others with an idea can work to bring it to the marketplace.

The building, located on George Street in Sydney’s north end, will retain much of its exterior heritage character but will be completely rebuilt inside to include modern building materials and systems.

Joella Foulds, a co-founder of Celtic Colours, said the arts community has been championing the idea of an arts and culture centre for 30 years.